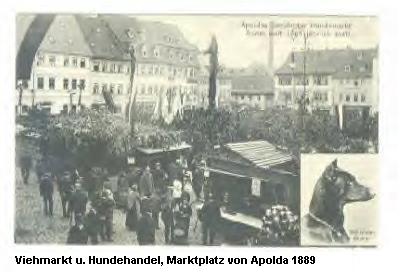 If you’ve ever been captivated by the telecast of Westminster Kennel Club, you’ve heard the blurbs about each breed, “thousands of years old”, “accurately depicted in Renaissance painting,” “came over the Alps with Hannibal’s army”, and so on. These thumbnail ‘breed histories’ add much to the telecast, and in fact fill up what would otherwise be dead air. They help to romanticize the purebred dog, and add to the cache’ of owning one, after all, Hannibal didn’t bring just any old mutt over the Alps now did he? Actually, that is exactly what he did. He brought dogs that were useful driving cattle, guarding purses, and intimidating bandits. I know that they didn’t form a “breed”, because human beings didn’t have the concept yet, and it would be many centuries before they did.

The first directed breeding was based on function, if Bobo’s puppies were useful, then Bobo’s puppies were valued. Bobo’s daughters, if useful, were bred to Max, another useful dog. The idea of focusing bloodlines came slowly. The elimination of the non useful came first. The general idea of conforming the appearance came last. Slowly, different isolated regions developed types distinct to their purpose, and the ‘breeds’ as we know them today began to be identifiable. The greatest rat killer in one Irish village might produce a strain of puppies resembling him, while the greatest rat killer in a village in England might look very different. Sometimes, people might even swap rat killers in an attempt to improve both.

The first culture to gather the concept of recording the family history of animals was the Arabians. They recorded the dam’s lineage because trading and selling animals was an important part of their income. A speedy Arab mare with a speedy mother, renowned for her great endurance was more valuable. In a herd of mares, many living to be thirty, with a foal per year, confusion among identities is commonplace. This type of record keeping isn’t the same as that which is today considered a pedigree, but it was the birthplace of pedigrees. European nobility, only to identify their descent from royalty, kept genealogies.

In the late 1800’s, people began to catch on to the idea of recordkeeping of bloodlines, and registries of all sorts began to crop up. Racehorses were the first and dogs, cats, pigs, cattle, and chickens soon followed. Agriculturalists could see that this was a value-added concept. A cow that gave more milk had a better chance of creating a calf that gave more milk. Cows from the Holstein family produced more milk and cows from Jersey family gave richer milk. Dogs had never created a product for farmers, but were necessary for the help they could provide as herders, ratters, and general guardians. It wasn’t long before the terriers and herding breeds began to separate themselves as ‘breeds’. Nobles wanted to go hunting on their estates and thus separated the various kinds of hunters into setters, pointers, retrievers, and spaniels, based on the kind of hunting done. It is interesting to note that in their case, many of the breeds were actually separated after field trials became a sport.

Whereas any isolated group of animals will eventually form into a ‘breed’ of sorts, it is the recordkeeping of lineage that makes them a Breed as we understand it today. Without this type of recordkeeping, every aspect of a breed is unknowable, intangible. Breeds today reproduce their heritage on the model of form not function, and without recordkeeping the future of this form can’t be predicted. Much has been written on the evolution of the Doberman, most of it conjectural. What we know is what was recorded. The Doberman breed came into existence at the very moment pure, recorded breeding became a reality. He can be said to have only a murky ancestry prior to his registration. Please don’t feel cheated that we have no long and romantic history, most of those are myths anyway.

No family of dogs can be said to have been a Breed until records were kept of ancestry, and family lines could be bred true to form. In this regard, the Doberman’s “history ”should begin with the kennel clubs, as should every other breed of dog. What we know about the origin of the Doberman is that the first two registered dogs were Bosco (wh.1893), and Caesi (wh.1894). They were the parents of the first German Sieger, Prinz Matzi v Groenland, a dog unidentifiable by today’s standards. In 1899 and 1901 the first outcrosses were made to the Manchester terrier in an attempt to shorten coats, improve color and improve type. These became the Ilm-Athen and Aprath strain of Dobermans, and they improved the Doberman looks quickly. It was not considered an error in breeding to try outcrosses. In 1908 another cross was made to a black English Greyhound, to produce Stella. Her two puppies, Roland vd Haide and Sybille v Langen both carried on, Sybille in the Blankenburg strain, and Roland through various matings. Gruenig did not approve of either dog, but hastens to note that Sybille did very little real damage except in ribspring and head type, while Roland’s influence was extremely hard to eradicate. Both dogs still appear in today’s pedigrees many times. Another passing comment made by Philipp Gruenig in his book THE DOBERMAN PINSCHER is interesting, although Gruenig does not deign to validate it with facts. I quote, “The blue color of the Doberman was more firmly fixed by cross breeding to the German Mastiff and the hunting dogs indigenous to Weimar. The first blues I have found reference to were 1908 and 1909.

In America, the first two Dobermans registered were in 1908 by Theodore Jaeger, and his kennel name “Doberman” was registered. The first American bred champion was Doberman Dix, a product of these two dogs. A few generations with the “Doberman” prefix are recorded in the early stud books, along with several other imports, and they founded a small core of breeding stock. It was not until the twenties that the DPCA was formed. The dogs imported in the years immediately preceding WWII overwhelmed the existing American lines and replaced those pedigrees with their own. Virtually no lines exist today tracing to the early American kennels.