Breeding is an art to be learned only by experience and faithful study. An animal may have all the qualities desired, yet for some reason fail to pass them on to its offspring, while another not nearly so perfect, may produce better offspring than does the better dog. For this reason, when choosing breeding stock demand first that they have good pedigrees, which means that the immediate ancestors were good individuals: second, that the individual in question be of good type and have as many desirable characteristics as possible. Third and most important that he or she has proven itself as a producer. If possible, examine as many of the offspring as you can. Do it yourself; don’t listen to others, because to ten questions you will probably get ten different answers and opinions. 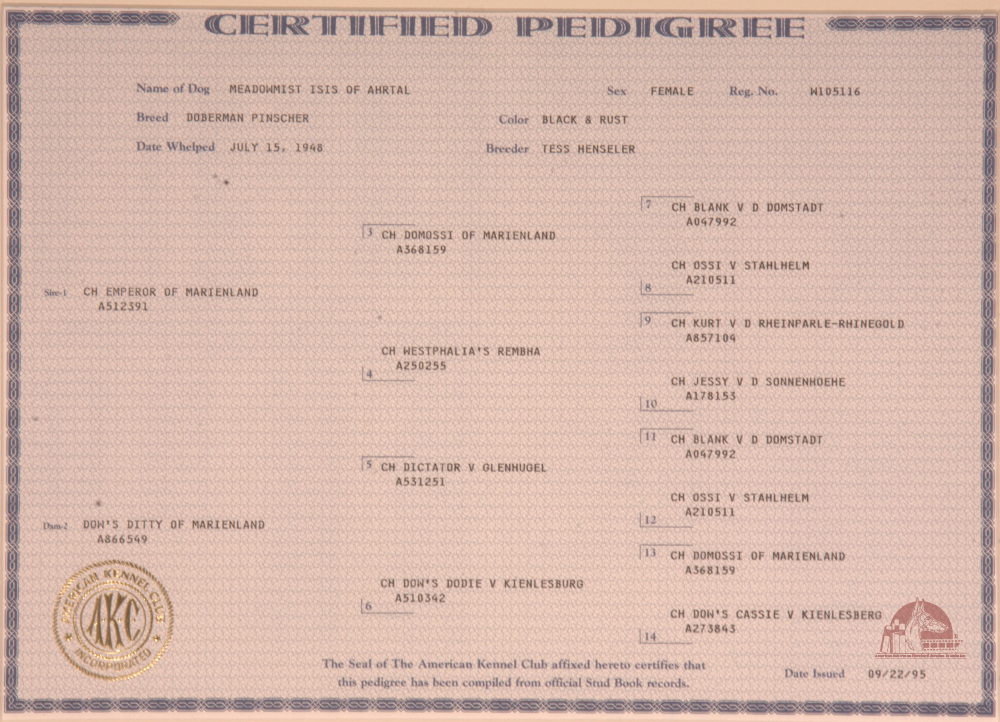 Prejudice is the most redoubtable foe of reason. We must battle against it, without allowing ourselves to be deeply moved by the opposition of our contemporaries. There is quite a bit of question and discussion as to whether the sire or the dam contributes the most qualities to the offspring, and which is the most prepotent. Let us say that all things being equal, there is as much probability that at times the bitch will be more prepotent as at other times the stud dog. The parent that is the more intensely bred will in most cases be the more prepotent.

Trying to predict an offspring’s success can be risky business. Bloodlines obviously are a key to the determination of a dog’s future; however, in breeding, desirable genes can forget to co-operate. There is only one basis of successful breeding by the selection of parents; bloodlines must be taken in account. A breeder should not be influenced because a dog has one good ancestor four or five generations back. He should study the consistency of the ancestor as a producer throughout the pedigree; an established record cannot be denied. Just because a dog is a good showman and winner it does not prove that he can produce. 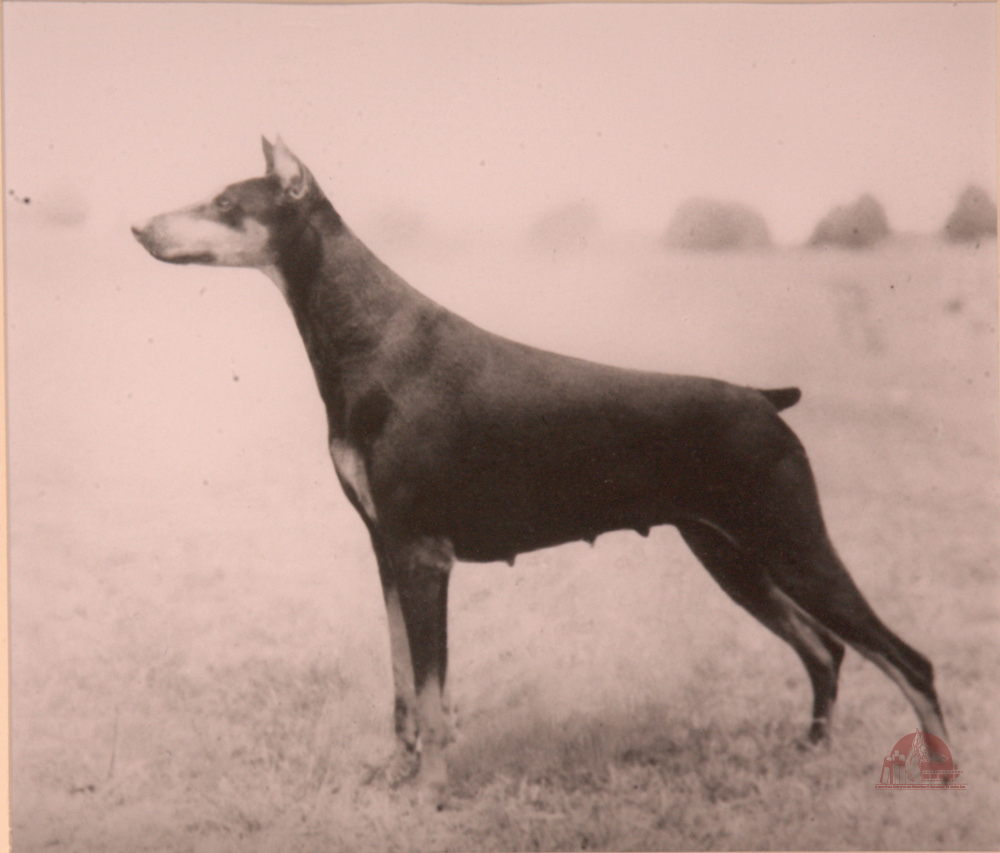 It is not all unusual when listening to some people, or even reading their advertisements, that they only mention the sire. It is not only in dogs but also in horses, and one has to wonder whether or not they had a mother! In my own experience I learned fast that the bitch is the backbone of good breeding. For example, a stud dog (1) sired 55 Champions. My own bitch (2) produced 17 of them and two other bitches (3 and 4) produced 5 Champions each; thus, 3 bitches produced 27 of the 55 Champions. In horses, the Arabs traced the pedigree of the mare and considered her much more highly than the stallion; a good stud cannot make up for a poor bitch, or vice versa. So, when starting a breeding program, it is wise to get the best bitch you can afford, she will be the backbone of your breeding program.

Tess Henseler has bred 70 American champions under the vom Ahrtal affix during the past 35 years. The dogs and bitches referred to in the articles are as follows: